The first GTA of the succesful sage, now for free 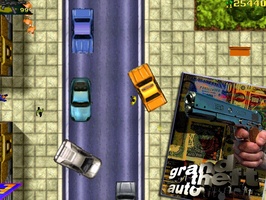 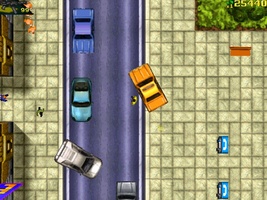 Advertisement
Who on Earth doesn't know Grand Theft Auto? Although the most famous versions are the latest ones: GTA San Andreas and GTA IV, the story of this successful game started some years ago, exactly in 1997, when Rockstar released GTA, a groundbreaking non-linear urban crime game that shook up a complacent game industry with its irreverent gameplay, humor and style- and the phenomenon was born.

GTA was a revolution due to the theme and the role you had to play: a robber trying to go up in the scale and become one of the bosses of the gangs int eh city: Liberty City.

You'll experience all the excitement of robbing cars and motorbikes, completing missions sent you out by the crime bosses, all this in a 2D top down view.

The local crime bosses send you out on missions ranging from carjacking to kidnapping to drug running. The more missions you complete successfully, the longer you retain and/or advance your criminal status, because your goal is to become one of those bosses.

Now Rockstar has decided to give it free of charge. Its amazing how a game that is more than 11 years old can surprise you. Don't hesitate, download GTA for free, choose the character you like the most and get into this irreverent gang story.
Reviewed by Álvaro Toledo

This was my first game as a child. what memories!

I think this game is pretty cool.

Urgent, friends I won iPhone from Rob7ak ???? I won the new iPhone 8 and 3 of my friends won to win a phone. You also type in ???? Google Rob7ak and enter the first site The site has credibility ☑ Fro...

Sonic and Knuckles
All the fun of this tiny hedgehog
Mortal Kombat Project
Reinventing a Classic of Martial Arts
Sonic Robo Blast 2
New revision of this classic game
LEGO Digital Designer
Construct your LEGO buildings in the computer
Mario Forever: Block Party
Funny platform game where we control Mario
Open Sonic
Open source remake of the classic of SEGA
Namco All Stars Pac-Man
Original version of Pac-Man ready for your PC
Raine
Old arcade videogames are back in your PC